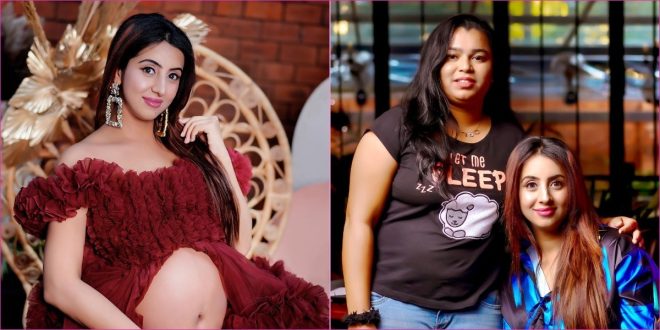 This is what Sanjana Galrani says about parenthood

“Life becomes different & difficult when we look at embracing parenthood after being in the showbiz for a span of 18 years almost .. in the start a actress has to put her own career ,body ,fitness regime ,physical appearance & her own life in the back burner,” she said in a long caption.

“Having done more than 50 films, several TV shows .. attending events, inaugurations in all 4 south languages travelling both nationally and internationally all the time with one leg on earth and another in the flight with 10-15 flights and 3-4 Diffrent cities in one given month came to me naturally all these years … I have been shuttling b/w different cities & living out of a suitcase from the age of 18 .. Followed by it was high time I started my family life as now am 35,” she said.

“Therefore understanding how many different difficult situations I’m going through in the last 2 years … it has been a significant challenge to just withdraw & the life style change I initially went through also use to put me into downers.. the craving for me to travel & film had only increased … as much as im also suffering with an acute lower back pain issue simultaneously because of a 18 kilo weight gain . But how ever I diverted my mind & I kept my self busy with activities of planting trees in my neighbourhood , we planted 40 saplings converting the ground to fertile land by adding potent soil & manure , And planting baby trees and I have appointed volunteers to nurture the plants to from @sanjjanaafoundation,” she further said.

Apart from that being active on the social media has been a full time job these days …And finally as I enter in the final month of my pregnancy & im enjoying both sides of religions born as a Hindu & being married into a Muslim family. This time We celebrated my baby showers with lots of obattu & Manglore style yummy ghee roast sea food as its my favourite cuisine in South Indian style, she said. Now we are preparing for a grand mutton biryani party “ per – baby showers” with near & dear once in a ceremony in my husband’s traditional Muslim style post Ramzan, she concluded.