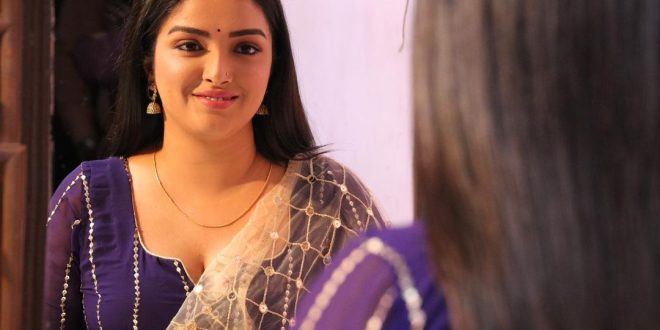 
Bhojpuri actress Amrapali Dubey is a big face of the industry. Her name is included in the list of top actress of Bhojpuri cinema. The list of fans of the actress is very long. Amrapali Dubey is such an actress, who has made a special identity in the hearts of fans on the basis of her hard work and superb acting in a very short time.

Amrapali is also called a YouTube sensation, which is why every one of her songs trend the internet.

These days a song by Amrapali Dubey is becoming viral on YouTube. The title of this Bhojpuri song of Amrapali is ‘Meri Jawaani Hai Made in Bihar’. This item number song of the actress is also being liked a lot on YouTube. In this Bhojpuri song, Amrapali Dubey is seen wearing a red color dress and doing amazing moves, which are rocking. These moves of Amrapali are making the hearts of the fans beating fast.