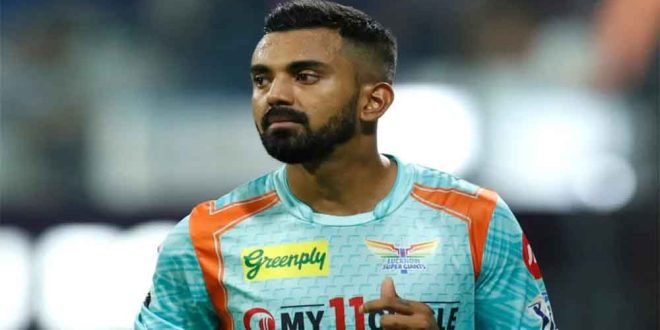 
Mumbai: New entrants Lucknow Super Giants and Royal Challengers Bangalore are all set to square off in the TATA IPL 2022 Eliminator on May 25th, 2022 at the iconic Eden Gardens in Kolkata.

The highly-anticipated clash will be LIVE & Exclusive on the Star Sports Network and Disney+ Hotstar from 6.30 PM onwards.

Going into the contest, there’s plenty of focus on LSG captain KL Rahul, who has been in fine form this season. Rahul has scored 537 runs including two centuries and three half-centuries. He is averaging 48.82 and would once again look to play the role of an anchor in this crucial encounter.

While Rahul has been phenomenal with the bat, his centuries and fifties this season have all been registered during the first innings.

Analyzing how can the skipper dish out the same performance while chasing, former India cricketer Mohammed Kaif said on ‘GAME PLAN’ on Star Sports, “According to me, KL Rahul wants to play a captaincy innings and he takes a lot of pressure on himself. Since you are in form, you should try to bat while chasing in the same way when you bat first. De Kock is playing with you and his job is to be aggressive, but yours is to play till the last overs. He looks under pressure while chasing, and also got dismissed many times, but he’s a class batsman. He has form, runs, temperament and knows to play till the end. He hits shots in every direction. He takes time in the beginning but knows how to finish a game.”

Kaif added that if LSG have to progress ahead in the IPL, then a lot of it will depend on their captain’s form today.

“So, if we talk about today’s match, LSG reached this stage after a rollercoaster ride. They are playing in the IPL for the first time. KL has brought the team to the Playoffs and he has been great with his captaincy and batting. The real test of his form will be today, because you don’t want to do any mistakes in today’s match. He should not take much pressure and allow De Kock to hit shots for himself. He should use the, ‘Watch the ball and hit the ball’ strategy.”

LSG have been a team with many of all-rounders that gives the think-tank a problem of plenty and provides the side with great depth in the batting and bowling departments. For Kaif, LSG’s bowling unit pips their opposition today.

Mohammed Siraj dropped in the previous match and Siddarth Kaul came in place of him and ended up giving 40 runs in 4 overs, which is quite expensive. On the Eden Gardens pitch, apart from Hazlewood, RCB’s bowling is quite weak. The bowling of Lucknow is better, so RCB must perform better with their batting, should hit more sixes then only, will be able to win today’s match. It is a great battle!”

“Lucknow have an edge in their batting. KL Rahul and De Kock are in form and they also have a great bowling unit. So, RCB will have to work hard. If they hit more sixes, then they will win today’s match. Maxwell’s small innings will have to be turned into big ones and Virat Kohli will have to continue his form. If you ask from me, Lucknow is leading this battle with a 60-40 chance.”