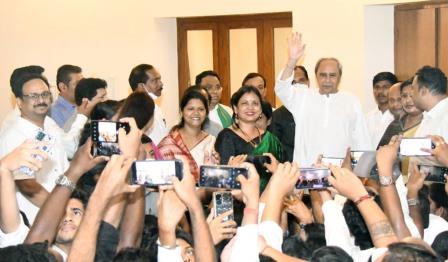 Several Odisha Ministers and BJD supporters are using the hashtag to praise the BJD president. On June 1, 2022, Patnaik completed 25 years of public service as an unbeatable politician in Odisha.

On this day in 1997, Naveen had taken on the mantle of his father, the legendary leader Biju Patnaik, hesitantly after the latter’s demise.

Naveen was elected MP for the first time on June 1, 1997. He was elected from Aska parliamentary constituency on a Janta Dal ticket in the by-poll which was necessitated following the death of his father.

“I salute out beloved leader, Hon’ble @naveen_odisha Sir for the glorious 25 years in public service. His work & commitment to the people of Odisha remains the centre of inspiration for all of us. #ThankYouNaveenPatnaik #25YearsOfNaveen ”  said Odisha minister Tukuni Sahoo.

“This is an incredible journey of a statesman, Hon’ble @naveen_odisha Sir who has served 4.5 Cr people of Odisha as his family members with unconditional love & care. His commitment for their growth & prosperity is unparalleled. #ThankYouNaveenPatnaik #25YearsOfNaveen,” Raghunath Gomango, Gunupur MLA shared on Twitter.