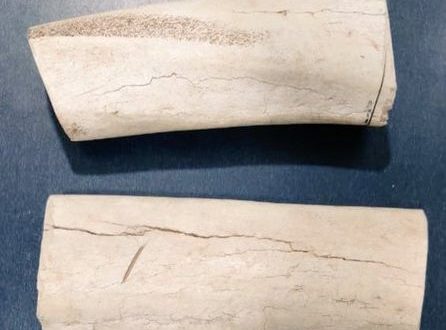 
Angul: The Special Task Force (STF) and Angul forest officials seized two elephant tusks and other incriminating materials during a raid, informed an official on Thursday.

One wildlife criminal was nabbed in this connection.

According to the official, the STF and forest officials conducted a raid near Kandhakoili under Purunakote police station and seized two elephant tusks (weighing 4.5kg) from the possession of the person.