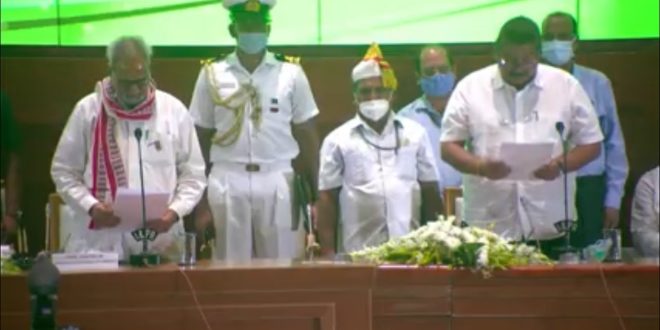 
Bhubaneswar: Governor Ganeshi Lal on Sunday administered oath to a 21-member new council of ministers of Naveen Patnaik, a day after he asked all his ministers to resign.

As many as 13 cabinet ministers and eight ministers of state (Independent charges) took oath at a grand event at the convention hall of Lok Seva Bhawan here on Sunday.