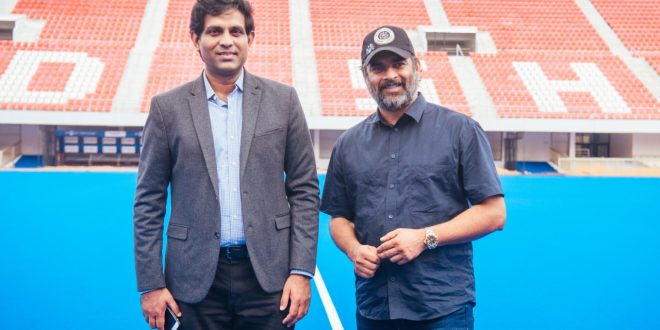 
Rocketry: The Nambi Effect actor R Madhavan attended the closing ceremony of Junior Swimming Competition which was held at the Kalinga Stadium in Bubaneswar yesterday.

Madhavan was present in the stadium to cheer his son Vedaant Madhavan, who is fast emerging as a strong swimmer, in the competition. He had won a silver medal at the Danish Open in Copenhagen. The actor was accompanied by Odisha Sports Secretary R Vineel Krishna. He also visited different facilities within the Stadium complex including the upcoming Aquatic Centre.

“Look who was here! 🤩 The one and only @ActorMadhavan, was here for the #AquaticNationals2022 at Kalinga Stadium. Accompanied by Sports Secretary Sri @rvineel_krishna, he also visited different facilities within the Stadium complex including the upcoming Aquatic Centre,” Sports and Youth Services Department of the Odisha Government shared the news on its official Twitter.