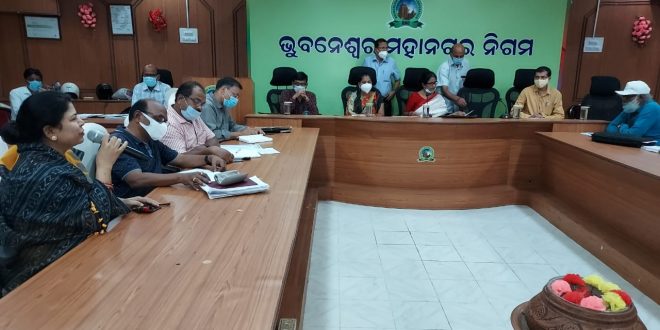 
On the verge of completion of 100 days of the elected corporators in Bhubaneswar Municipal Corporation (BMC) “Public Interface” meeting was organised on Monday involving citizens from ward no44 and 47.

Following the introduction and objective sharing by  Mayor and additional Commissioner the meeting for ward no 44 started at 11 AM.  Corporator  Ajit Behera  briefed about the ward status. Corporator Samita Mohanty of ward 47 presented the status offer ward at 12:30 PM.

Additional Commissioner addressed the participants from both the wards to cooperate in BMC’s recent initiatives like night sweeping, Zero GPS and cleaning of 5m radius around each vending unit in the city.

However, participants from both the wards thanked BMC for arranging Public Interface. The issues raised were water logging, repair and maintenance of parks, repair of existing tube wells, step against encroachment, slabs on drains, establishment of ward offices, waterbody management, action against unauthorized vending zone and street light management.