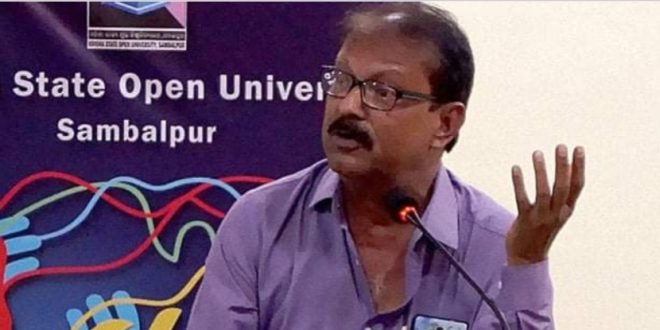 Titled Madam President: A Biography of Draupadi Murmu, the book is poised to open a window to the life of India’s first woman tribal President and is scheduled to be released in late 2022.

Draupadi Murmu’s long and eventful political journey is a story of true awe, perseverance, and inspiration. The first authentic and definitive account of the 15th President of India, Madam President will unpack the many trials and tribulations and early years of struggle that made her the well-revered leader she is today. Starting as a Councillor in the Rairangpur civic body and culminating at the Rashtrapati Bhavan, this promises to be a compelling read; more so, because this biography is the first authentic and definitive account of her political career. The grace and fortitude with which she has conducted her public life, all through her career, despite being struck by a series of tragedies in her personal life such as the loss of her husband and two sons in quick succession, make her a resilient woman of resolve. Her life’s work, through this book, will reach diverse audiences, far and wide, influencing many to dream their dreams and realise it.

Sandeep Sahu, the author of the book, says, ‘What made the prospect of doing the book when Penguin India reached out to me was the fact that the book would be on the first tribal woman to become the President of India, which is truly historic. That she belongs to the predominantly tribal Mayurbhanj district of Odisha, where I spent my entire adolescent period, was also another tempting factor to take it on. It has been an absolute pleasure working with my editor Chirag Thakkar and the Penguin India team, who have been very supportive and helpful to get this moving.’

The Commissioning Editor for the book, Chirag Thakkar, says, ‘Here is a story of the great democratic spirit of India. In many ways, this was, in fact, long overdue. At a time so critical for the protection of India’s indigenous communities, their culture, land rights, society, history and autonomy, President Murmu’s election to the highest office, we hope, will be a monumental stepping stone for many scheduled tribe communities of India. Sandeep brings with him the kind of situated knowledge and the skills of a storyteller that are quite unmatched. It has been a pleasure working with him on this incredible story of a leader who will inspire generations to come in ways President Kalam did.’

Meru Gokhale, Publisher, Penguin Press, Penguin Random House India says, ‘This is the story of an inspirational woman, a tribal leader, who has been a Stateswoman with a solid political career behind her. Yet, we know little about her life. Her ascension to the national stage as a role model for all Indians, occupying the highest office in the country, is a powerful message for India’s tribal communities. We are proud to be publishing the first-ever comprehensive biography of President Murmu.’

Sandeep Sahu is a Bhubaneswar-based senior journalist with 35 years of experience. Starting with leading Odia daily Sambad way back in 1985, he has worked for a host of top local, national and international media houses. He has been reporting for the BBC World Service from Odisha for over 27 years now and has also served as the Odisha correspondent for Outlook from May 2018 to December 2021. Additionally, hebhas written and continues to write for a host of national news websites like thequint.com, news18.com, firstpost.com and the federal.in. He has previously worked as Editorial Director of OTV, the No. 1 Odia news channel and now writes a popular column ‘Scandeep’ on the OTV site. He is among the very few journalists in the state who write in three different languages: Odia, Hindi and English. Apart from his journalistic work, he has written scripts for scores of documentaries, telefilms and TV serials in Odia, English and Hindi.