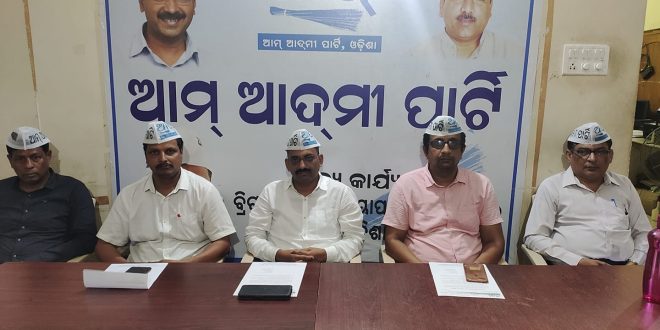 
Delhi Chief Minister Arvind Kejriwal-led Aam Aadmi Party (AAP) is now eying Odisha. The Kejriwal-led party is preparing a strategy to strengthen itself as an alternative to the ruling Biju Janata Dal (BJD) and Bharatiya Janata Party (BJP) in the State.

In order to strengthen its party and chalk out strategies, the AAP will hold a state-level workers’ conference on August 21 (Sunday). According to reports, the party event will be addressed by Delhi MLA and Odisha in-charge Virender Singh Kadian. It will discuss the present flood situation in the State, among other issues.

The AAP is preparing a strategy to strengthen alternative politics against the way in which the combined politics of the BJD and the BJP hindered the progress of the people of the State.

Aam Aadmi Party is determined to provide free electricity, water, universal education and healthcare, and employment to every youth in Odisha as it has done in Delhi and Punjab, AAP said.

Around 1,200 workers from all the districts of Odisha are expected to participate in the state conference.