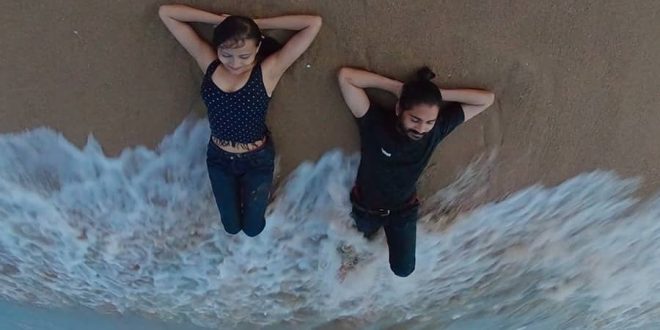 (A still from Adieu Godard)


Drama, emotion, humor, story, entertainment – Amartya Bhattacharyya’s Adieu GODARD has it all. It has become rare in Ollywood to come across a movie this good that will reach the inner depths of your heart. This movie will put a full stop to Odia film audience and critic, who have been upset with the makers for copying.

Ananda watches the films with a group of friends even as his sick wife potters about in the next room and daughter struggling to concentrate on her study.

On one fine day, Ananda returns with a DVD. But it turned out to be the 1960 cinema ‘Breathless’, a movie of Godard. As the film starts, the friends wait for the action to begin. However, 10 minutes passed and Ananda’s friends don’t find any action. For them action means sexual intercourse.  They force Ananda to fast forward the video, and then they leave room there is no action in the movie. But Ananda is hooked.

Though Ananda does not understand a single word of what is unfolding on screen, he hooks till the end. On the other hand, Shilpa, Ananda’s daughter, is narrating her father’s story to her filmmaker boyfriend Pablo. This happens in a parallel stand. The film moves from Shilpa’s narrated story, to her real-time story to a possible script written by Pablo towards the end.

Why to watch Adieu GODARD?

This movie has the potential to reach a lot of people as it is very engaging and entertaining with perfect comic timing. Choudhury Bikash Das, the protagonist, brings the best justification to the character “Ananda’. And for the benefit of Odia movie, everyone should watch this movie to encourage the real and true film makers.