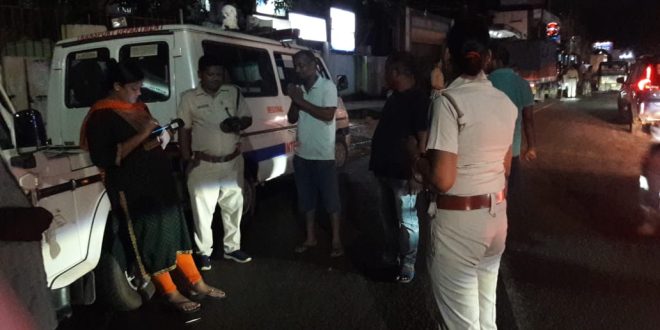 
In a state wide drive against drunk driving conducted by the Transport Department from 07.09.22- 09.09.22, a total of 599 people were found driving under the influence of alcohol. In accordance with the directives of the Supreme Court Committee on Road safety a total of 338 driving licenses (DLs) have been confiscated for suspension.

With COVID-related restrictions lifted by state government following a drastic dip in cases, Transport Department along with State Police resumed drive to check drunken driving in the month of April. Enforcement staff detained 350 vehicles of the offenders. In strict action 222 drunk people were detained for the offence and handed to judicial custody for necessary action. A total 455 prosecution report (PR) has been submitted to courts for further action.

Apart from this, 1568 other cases have been detected for violation of Motor Vehicle Act. A total of 1532 e-challans were issued various offence.

Despite a set of strict laws and regulations, drunk driving continues to be one of the major reasons behind road accidents in India. As many as 246 road accidents took place in Odisha in 2021 due to drunken driving. A total of 79 people lost their lives in these incidents and 151 people were injured

The September 2019 amendment of the Motor Vehicles Act 1988 mentions that in the case of drunken driving, first-time offenders will face imprisonment up to six months and/or fine up to Rs.10, 000. The second offence can lead to up to two years prison term and/or fine of Rs. 15,000.