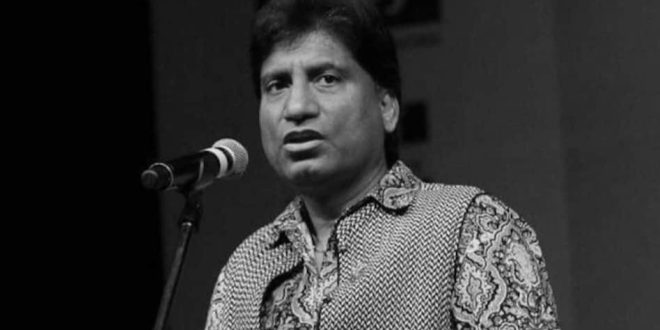 
Comedian turned politician Raju Srivastava popularly known as Gajodhar Bhaiya passed away today. He was 58.
Popular comedian and actor Raju breathed his last while undergoing treatment at AIIMS, Delhi.
He was doing his routine exercise and while he was on the treadmill, he suddenly fell down on August 10.

For the first time 10 years ago at Kokilaben Dhiruben Ambani Hospital in Mumbai and 7 years ago at Lilavati Hospital in Mumbai.
Raju Raju Srivastava, a fitness freak, takes great care of his fitness. Raju never misses gym and workout. He was very active on social media and his aim was always to make the fans laugh.
Srivastava, who got fame from the reality show, was a well-known name in the world of comedy. He worked in many films and shows. Raju got recognition from the comedy show The Great Indian Laughter Challenge. After the success of this show, Raju never looked back. Raju Srivastava was an actor, comedian as well as a politician.