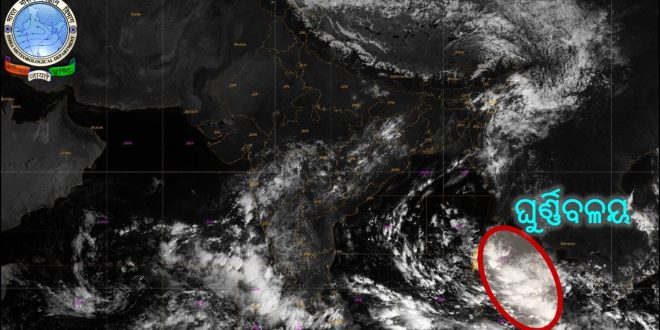 Under its influence a low pressure area is likely to form over southeast and adjoining eastcentral Bay of Bengal during next 48 hours.

It is likely to move west-north-westwards and concentrate into a depression by 22nd morning over central BoB. It is very likely to intensify further into a cyclonic storm over west-central Bay of Bengal (BoB) subsequently.

Meanwhile, the State government has started preparing for the possible cyclone 2022.

According to the information, the Odisha SRC in-charge will convene a crucial meeting today at 4PM in view of forecast of a possible cyclone over Bay of Bengal.

The meeting is likely to discuss disaster mitigation and preparations to tackle any possible threat.