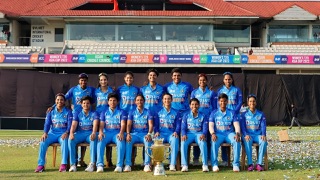 
The Board for Control of Cricket in India (BCCI) on Thursday announced implementing pay equity policy for its contracted Women cricketers. In the 15th BCCI Apex Council meeting held via video conference, the members passed the resolution unanimously.

Roger Binny, President, BCCI, said: “In our Apex Council meeting today, we have made a marquee decision on pay equity for our women cricketers. Our women players will be paid the same match fees as men in international cricket. This decision sets the platform to grow and develop cricket. I believe this is a significant step forward for women’s cricket and the game overall.”

Jay Shah, Honorary Secretary, BCCI, said: “It was my commitment to our women cricketers and pay equity is an important step towards tackling discrimination. The female cricketers will be paid the same match fee as their male counterparts. Test (INR 15 lakhs), ODI (INR 6 lakhs), T20I (INR 3 lakhs). This is a landmark decision as we enter a new era in India Cricket. I would like to thank my colleagues in the BCCI Apex Council.”

Rajeev Shukla, Vice President, BCCI, said: “This is a revolutionary step for the women’s game and I believe this move will serve as a motivation for the present and future stars of women’s cricket. A lot was spoken about the way forward for the women’s game and I believe pay equity is a step towards that direction. It is an important move, a hallmark one at that and I am sure this will hold the game in good stead going forward.

Ashish Shelar, Honorary Treasurer, BCCI, said: “To support the players of the present and tomorrow, this move will prove to be a game-changer. Women’s cricket is on the rise and the decision of pay equity for our women’s cricketers is another giant step in BCCI’s continuous endeavour to bolster the game. I would like to take this opportunity to thank all the members in the BCCI Apex Council who supported the decision.”

Devajit Saikia, Joint Secretary, BCCI, said: “The Indian women’s cricket team has continuously made the country proud with their superb performances across the globe and pay equity is a significant move to appreciate the hard yards the team has been putting in to yield magnificent results. I am delighted that the BCCI Apex Council has taken this historic decision as women’s cricket in India continues to rise. This landmark decision will certainly help in removing gender disparity and encourage more girls to take cricket as a profession.”