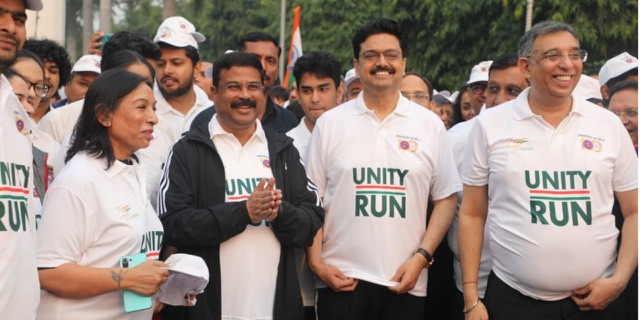 While addressing the gathering, Pradhan said that Sardar Patel is an icon who lives in the heart of every Indian. His life is an inspiration for all of us.
The Minister further said that Unity is one among the ‘Panch Pran’ that Prime Minister has enumerated for India to be developed by 2047.

He urged all to take pledge to work with sincerity and purpose for a strong and developed India. This will be the best tribute to the Iron Man of India, he added.