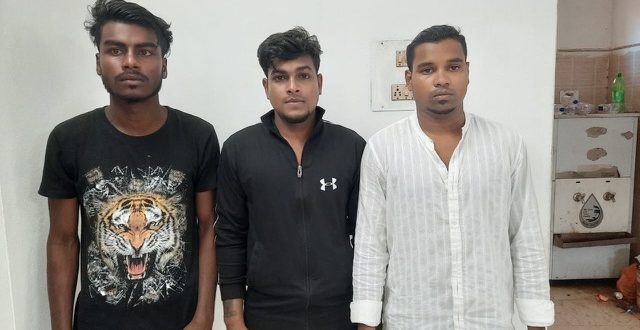 
Bhubaneswar: In a shocking incident, a woman was allegedly raped by three youths after she opposed their birthday celebration in Odisha’s capital city Bhubaneswar. The police on Tuesday arrested the three youths for allegedly raping a woman in the Mancheswar area in the city on Monday evening.

The accused have been identified as Debashis Pradhan Deepak Kumar Sethy and Swadhin Kumar Nayak.
According to reports, Sethy and his friends including Pradhan and Nayak had arranged along in a hotel. After consuming liquor, the accused later came to an open field where the victim has been staying in a tent after the demolition of their house during an eviction drive. The woman got annoyed by the noise and asked them to stop making noise and using slang.

Irked over this, the youths started abusing her and a verbal duel ensued between the victim and the accuse. Later, they allegedly raped her after disrobing her.
However, some local residents reached the spot after hearing the victim’s scream following which the accused fled the spot.

Later, the woman filed a written complaint at the Mancheswar police station, basing on which the police registered a case and arrested the trio. The three were sent to jail after their bail applications were rejected.