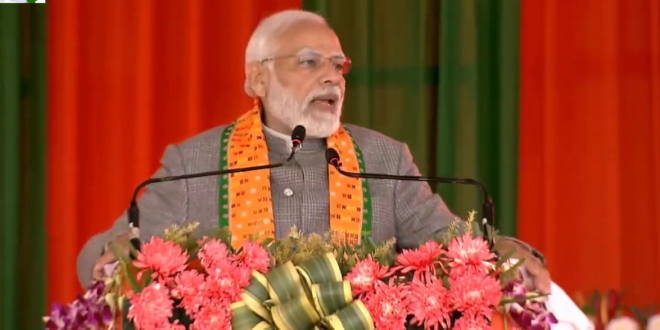 Hailing the contribution of NEC in the development of the North East region, Prime Minister said that this golden jubilee celebration of the NEC coincides with the ongoing Azadi ka Amrit Mahotsav. Underscoring that he often refers to the 8 states of the region as Asht Lakshmi, he said the government should work on 8 foundation pillars for its development, viz. Peace, Power, Tourism, 5G connectivity, Culture, Natural farming, Sports, Potential.

Prime Minister said that the Northeast is our gateway to South -East Asia and can become a centre for development of the entire region. And to realise this potential of the region, work is going on the projects like Indian-Myanmar-Thailand trilateral highway and Agartala-Akhaura rail project. Prime Minister highlighted that the government has gone beyond the conversion of the ‘Look East’ policy to ‘Act East’, and now its policy is ‘Act Fast for Northeast’ and ‘Act First for Northeast.’