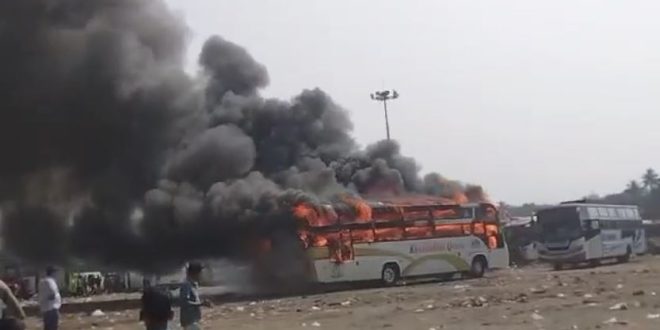 
Bhubaneswar: A private bus caught fire all of sudden triggering panic among the people at the Baramunda bus stand in Bhubaneswar on Monday.

As per reports, the bus named ‘Khandadhar Queen’ was parked at the bus stand when it caught fire. No one was present inside the bus when the incident occurred.

On getting the information, fire tenders rushed to the spot and launched an operation to douse the flames.

After hours of efforts, the situation was brought under control, but till then the bus was completely gutted.

The exact reason behind the fire is yet to be ascertained.