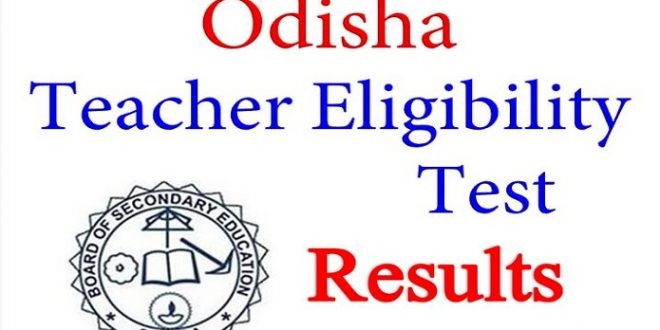 OTET results to be out on Dec 1

Bhubaneswar: The Odisha Teachers Eligibility Test (OTET) results for the year 2015 will be announced on December 1, said an official.

The candidates appeared the OTET can log on to www.prestigeresults.com and www.indiaresults.com to check their marks and results.

They can also download their OMR answer copies of the test from these two websites on December 2, said the official.

The state government conducts the exam for the candidates preferring to be teachers in primary and upper primary schools in the state.

Thousands of candidates had appeared the examination this year.