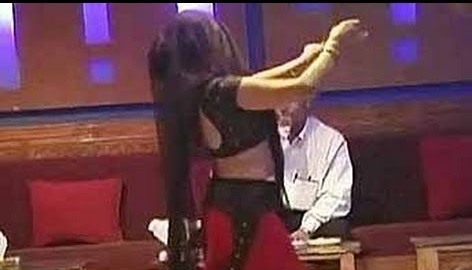 With court directive, enjoy dance while raising a toast in Odisha bars

CUTTACK: The Orissa High Court on Thursday said the owners of the bar and restaurant could employ women with prior permission of the Excise Board in the state facilitating the engagement of women singers and dancers in the bars.

The court said the Excise Board could give permission under Sub-Sections 2 and 4 of section 25 of the Bihar and Odisha Excise Act, 1915.

It also said the bar owners willing to employ women in musical programmes would have to apply to the Excise Board within seven days with detail information about the women to be employed by them.

The Board has been entrusted to take the final decision in accordance with the Bihar and Odisha Excise Act after verifying the applications submitted by the bar owners within seven days.

“The High Court in its verdict said that since it’s permissible to conduct such performances after obtaining permission from the Excise Board,  bar and restaurant owners can apply to the Board within seven days. If the Board finds that the guidelines of the Supreme Court are strictly followed then it will issue the license to employ women in the bar and restaurant,” said Debasish Das, plaintiff’s counsel to reporters here.

The court also made it mandatory for the bar and restaurant owners to install CCTVs while preventing any vulgarity during the performances.

The directive of the court came while hearing a writ petition filed by the owners of five bars in Bhubaneswar challenging the order of the Excise Department to stop musical programmes.

Recently, the excise department and police had swooped down on dance bars in the capital city of Odisha.