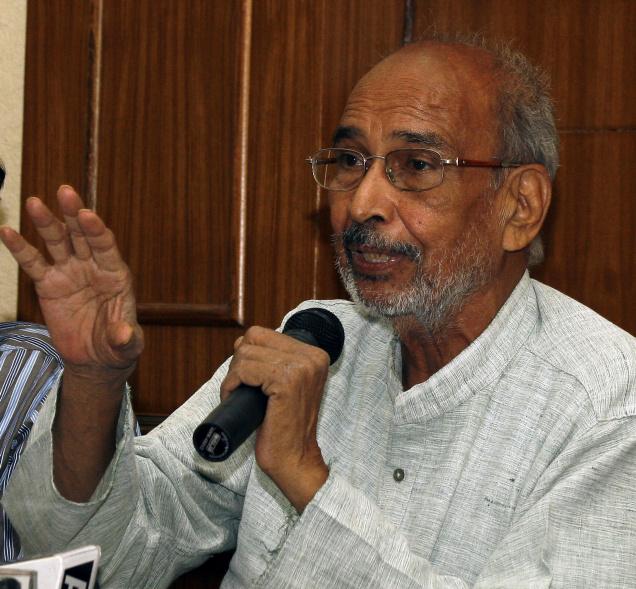 BHUBANESWAR: Noted social activist and a former IAS Dr Brahma Dutt Sharma, known as BD Sharma, who was a mediator for the release of two Italians and Biju Janata Dal (BJD) MLA abducted by Maoists in Odisha in 2012, passed away at Gwalior.

He was ailing since last one year and breathed his last at his residence on Sunday.

The last rites were performed on Monday here.

Sharma hogged the limelight when he was Bastar District Collector in undivided Madhya Pradesh, for launching a slew of welfare schemes for well-being of tribals.

He had been named as one of the interlocutors by the Maoists to negotiate in the abduction case of IAS officer and Sukma District Collector Alex Paul Menon in 2012.

The scholar was the former chairman of National Scheduled Caste and Scheduled Tribe Commission and former vice- chancellor of Shillong University.

He led many battles in his life and worked tirelessly to achieve the constitutional rights of the Adivasis, Dalits, workers and farmers, over five decades of his working life beginning with the troublesome days in Bastar (1968) and being the last Commissioner for Scheduled Castes and Scheduled Tribes (1986-1991). He also served as the Vice Chancellor of NEHU, Central University and in numerous committees of Planning Commission and National Advisory Council.