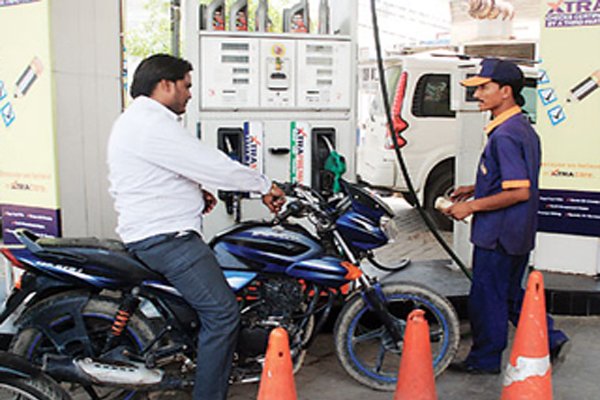 Wear helmet, get petrol in Cuttack

Odisha police to replicate Bargarh model in the millennium city

CUTTACK: Bike users refusing to wear helmets will not get petrol from bunks in twin city Cuttack. Police are planning to replicate Bargarh police model to introduce “No Helmet, No Petrol” rule here from January 1.

The cops had taken the civil society into confidence and launched a month-long awareness campaign in the town before enforcing the idea with the support of petrol pump owners, said a senior police official.

“We are planning to launch an awareness campaign shortly to educate the petrol pumps employees not to provide gasoline to bike riders, who are not wearing helmets,” Cuttack deputy commissioner of police Sanjeev Arora said.

This move is aimed at improving safety on roads.

Due to increase in petty traffic violators in the Millennium City, traffic police has decided to enforce the helmet rule strictly from January and create awareness among motorists about their safety while riding.

Arora said a meeting with the gas station owners and dealers would be held next week in this regard to ensure smooth implementation of the idea.

A senior police official said that despite being termed as twin cities, motorists in Bhubaneswar were conscious and used helmets while riding two-wheelers. “But, a similar practice is by and largely missing in Cuttack city,” he said.

The police are also planning to gift a helmet instead of collecting a fine of Rs 500 for not wearing a helmet.

“Our effort is on to promote the use of helmets by bike riders on city roads,” said P.K. Dalai, assistant commissioner of police (traffic).

The transport commissioner has decided to deploy some professional cameramen at different locations in Bhubaneswar, the capital city of Odisha to track the traffic violators including those who use mobile phone while driving, the vehicles parked in non-parking areas, buses and auto-rickshaws picking up passengers midst of the road and goods carriers engaging in loading and unloading on the main roads obstructing free flow of vehicles.