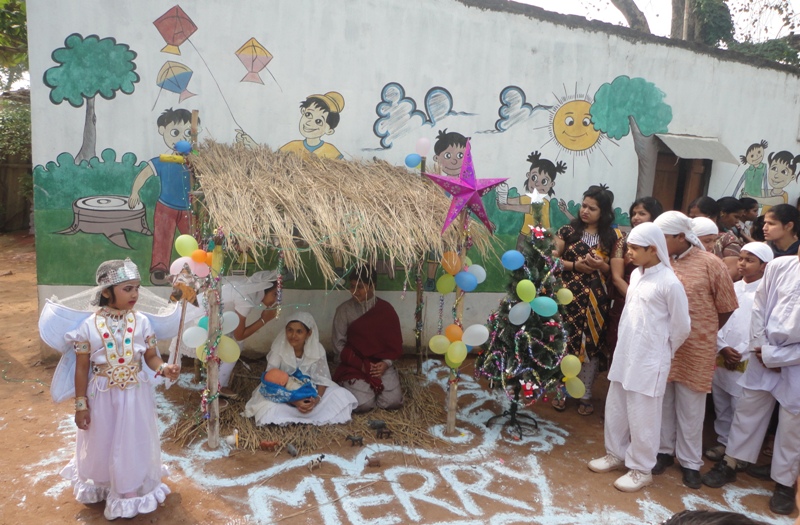 BHUBANESWAR: Christmas was celebrated on Friday across Odisha with special prayers, hymns, and masses in churches, besides the traditional spread of delicious food.

The entire state is in a festive mood with people celebrating Christmas in a big way.

Various programmes are being organised at the churches and houses in Bhubaneswar, Cuttack, Berhampur Balasore, Rourkela, Kandhamal and other places.

The traditional festive spirit was evident everywhere in the capital city and other places of Odisha as the revellers made the colourful decorations and illuminations.

All churches in the state are illuminated with dazzling lights over the bell towers with red and green streamers along the walls and stars over the main aisle.

In Bhubaneswar, people of the Christian community are gathering in large numbers at St Vincent’s Catholic Church in Satya Nagar here. Like previous years, the organisers have bedecked the worship place and its premises with Christmas Tree, lights, stars, bells, music and chimes.

Odisha Governor SC Jamir along with the first lady of the state also offered prayer at unit IV church.

“We are offering mass prayers here. After this, we are planning for a get together where we will have fun with singing, dancing and distributing cakes,” said an excited Christian at St Vincent’s Catholic Church in Satya Nagar.

On Christmas Eve, Carol singing was followed by Mass and the ‘Kissing of Jesus held at midnight.

In the current era of terrorism, hatred and intolerance, special mass prayer took place for universal peace and brotherhood.

Pertinent to note that, December 24 was remarkable this year as it had been the auspicious birthday of Prophet Mohammad.

District collector Yamini Sarangi said, “We have made adequate security arrangements in the district to ensure a peaceful Christmas Day celebration.”