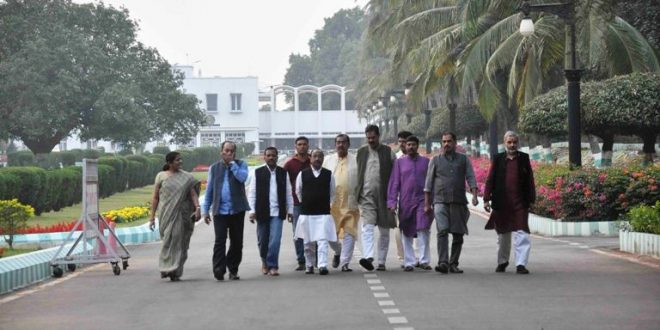 BHUBANESWAR: Odisha BJP on Saturday sought the intervention of Governor SC Jamir over the ill implementation of National Food Security Act and gross manipulation in identification, distribution of ration cards to actual beneficiaries.

The party submitted a memorandum seeking immediate intervention for proper implementation of the Central Act and fulfilment of its very objectives.

In the memorandum, the party alleged that the government has not followed and not complied with the provisions of the Central Act that clearly states that every state government shall put in place an internal grievance redressal mechanism.

It said that non-compliance with the provisions of NFSA has left scope for manipulation and resulted in massive irregularities in selection of beneficiaries and distribution of ration cards under the Act.

“While lakhs of genuine families have been debarred from the list, well-off BJD workers and leaders ranging from ruling party MLAs to elected representatives of urban bodies and gram panchayats have pushed their names into the list by illegal means,” said the BJP leaders through the memorandum.

Such cases to a high numbers prove that the whole process of implementing NFSA has been politically motivated, it added.

It said that Chief Minister Naveen Patnaik by distributing ration cards without proper verification of facts and status has himself laid the foundation of the large scale corruption in the process of implantation of NFSA.

Since, by distributing cards, the CM approved all illegalities in the process, it encouraged the officials to continue issuing ration cards without proper verification in lines of terms specified in NFSA, it added.