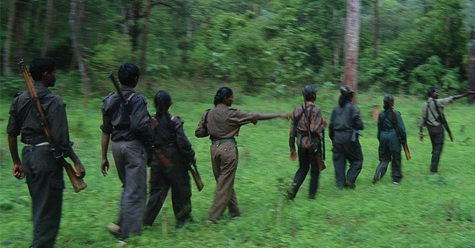 KORAPUT: Two BSF jawans were killed and one seriously injured in a landmine blast planted by Maoists in Kaliajhula forest area of Odisha’s Koraput district on Friday.

The incident occurred in Kaliajhula forests in Koraput district where BSF jawans were carrying out a combing operation, said police sources.

Notably, the incident occurred only a few kilometres away from the place where a businessman was shot dead by Maoists on Thursday night.

The Maoists are observing two-day bandh in Nuapada, Malkangiri and Kalahandi districts beginning on Friday. They are opposing ‘Operation Greenhunt’, the proposed joint operation by security forces against the Red Rebels in the south-western part Odisha.

On Thursday night, the Maoists have killed a businessman in Koraput district and torching vehicles in Bargarh district.

According to reports, the businessman was shot dead by Maoists at Dandabadi in Baipariguda area in Koraput district late on Thursday night.

The deceased has been identified as Bapi Samanta. The members of the outlawed group called Samanta out of his house and opened fire at him causing his death on the spot.

In another instance, the red rebels torched a JCB machine and a tractor belonging to a private contract agency at Melechhamunda area in Bargarh on Thursday night.