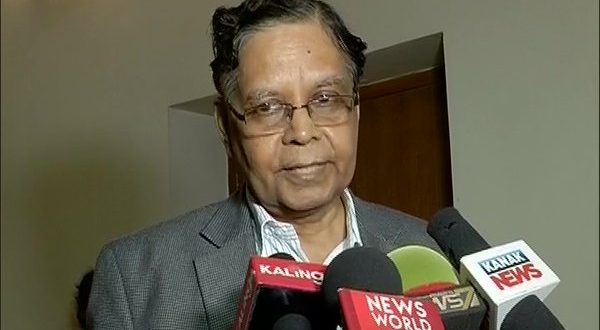 BHUBANESWAR: Niti Ayoga vice-chairman Aravind Panagariya on Saturday rejected Odisha’s long-standing demand for special category status even as Chief Minister Naveen Patnaik urged him to make a special consideration for a special tag to the state.

Patnaik, who held a meeting with Panagariya, said demands have been raised by the state government several times in the past before Centre for declaring Odisha as a special category state, which has not yet been favourably considered.

“All the criteria for special category state are fulfilled by Odisha state except International boundaries. A special dispensation should be made in case of Odisha in this regard,” said the Chief Minister.

In his response, the Niti Ayoga vice-president said there is no relevance of granting special category status to Odisha.

“The way the 14th finance commission has approached the finances now, there is no relevance of the special category status within that context. The grants to be associated with special category status have already been subsumed in the division of resources by the finance commission itself between the states and the Centre,” Panagariya told reporters.

He also rejected the allegation of the state government that the state bears a loss of around Rs 1776.31 crore due to the recommendations of the 14th finance commission.

The Chief Minister said though there has been an increase in the devolution of central taxes from 32% to 42% for Odisha, there would be a net loss in central fund flow to the tune of Rs.1776.31 crore during 2015-16.