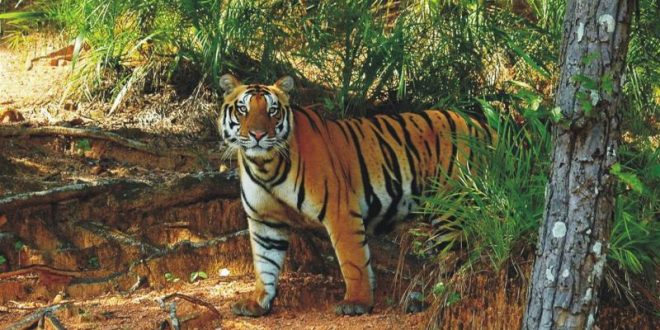 BHUBANESWAR: The Odisha government is in the process to rationalise the boundary of Satkosia Tiger Reserve (STR) by removing 118 villages from the notified area for the safe habitat of the wild cats as well as other animals.

The National Board of Wildlife is preparing a map for rationalisation of the boundary, the second tiger reserve of Odisha, spread over four districts Angul, Cuttack, Nayagarh and Boudh.

“The 118 villages coming under the tiger reserve will be de-notified and a fresh boundary notified by adding adjoining forest area spread over 230 square km into the reserve,” divisional forest officer of Satkosia wildlife sanctuary S.M.T. Rehman said.

With the de-notification of the villages, their residents can carry out developmental activities, including cutting of trees planted in their houses, without seeking prior permission of the forest department.

Rehman said the villagers could carry out the development related works without facing any legal hurdles.

Besides, the new boundary will restrict human habitat and help conserve the habitat of tigers and other wildlife in the sanctuary, he added.

“The wildlife board has constituted a committee, which has already visited the area several times to prepare a report for the boundary rationalisation. We are expecting a report soon,” said Principal Chief Conservator of Forest (Wildlife) S.S. Srivastav.

He said the department would also relocate and rehabilitate 11 villages coming under the core area.

“We would take a decision for relocating the villages after consulting with the villagers. Some villagers have expressed their desire to be relocated and rehabilitated. Once funds are arranged for their rehabilitation, the process of relocating them would begin,” said a senior official of wildlife division.

The authorities want to move out the core area villagers to conserve the tiger habitat.

According to the Wildlife Institute of India, every critical tiger habitat should have a 1,000-3,000 sq km buffer zone for effective forest conservation and wildlife protection.

The Satkosia reserve sprawls over 963.87sq km and has 523.61sq km as the core area. The area is also a part of the Mahanadi elephant reserve.

Satkosia is also a meeting point of two bio-geographic regions of India – the Deccan peninsula and the Eastern Ghats – contributing to immense biodiversity in the region.