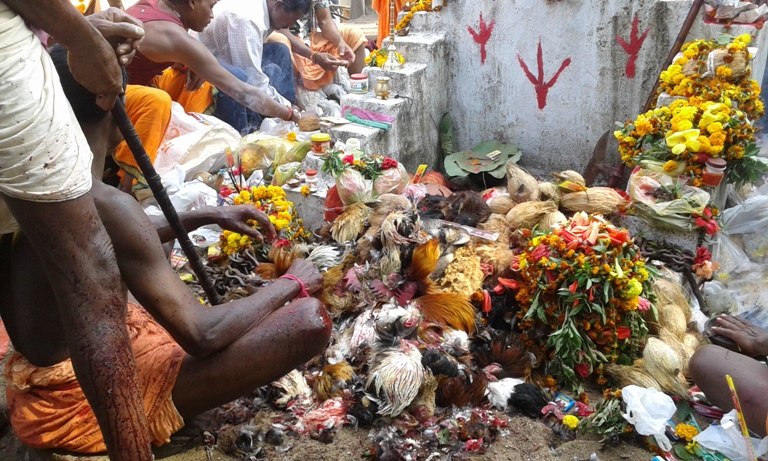 BOLANGIR:  Hundreds of animals were sacrificed as per rituals at Sulia Pitha near Khairguda village under Tusura police station in Bolangir district on Tuesday, while administration preferred to be a mute spectator.

As per the traditions, tribals observed the Sulia Yatra at Badkhala, near Khairguda village on the second Tuesday of Hindu Calendar month of Pausha wherein animals killing took place.

After the Supreme Court verdict, the district administration role was confined to the mere maintenance of law and order while tribal celebrated the animal sacrifice.

Notably,  two days Chief Priest and Managing Trustee of Sulias Pitha Biranchi Kaunar urged administration to intervene to stop mass animals killing. But no one paid heed to his request and performed the ritual.

“Since last four years, I have been visiting the Sulia Pitha. I had prayed to Sulia god to keep my husband safe. As a thanksgiving to Sulia Budha, I have offered animal and coconut,”  said a tribal woman from Sambalpur.

“This year Sulia Jatra is going on peacefully. We are happy with the Supreme court verdict,”  said an observed  Braja Kishore Singh Bhoi.