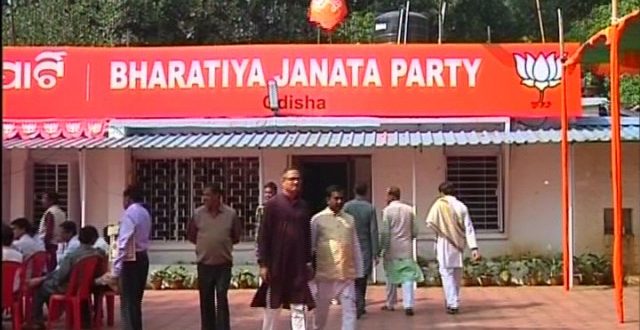 BHUBANESWAR: The Odisha BJP is gearing up to hold an election for president post as it, on Wednesday, issued notification for the filing of nominations for the election of the state BJP president.

As per the notification, the interested candidates can file their nominations on Thursday while the filing and withdrawal of nominations will be done on the same day.

The filing of nominations would be held from 9.30 AM to 10.30 AM while the candidates would be allowed to withdraw their nominations between 11 AM to 1 PM.

In case there is more than one contestant for the president post, the election would be held on Friday.

A total of 178 office-bearers of the party including an MP and 10 MLAs would exercise their franchise to elect their president for next three years.

The counting of votes and declaration of results will be done on the same day.

Since the party is trying hard to elect the state president through consensus, the leaders are zeroing on one candidate to give a message that they are united and not a faction-ridden party.

Sources said BJP legislature party Basant Panda is emerging as the consensus candidate as two groups, out of three groups, are supporting Panda.

For supervision of the election, the central party high command has appointed the party’s national general secretary Saroj Pandey for smooth conduct of the election.