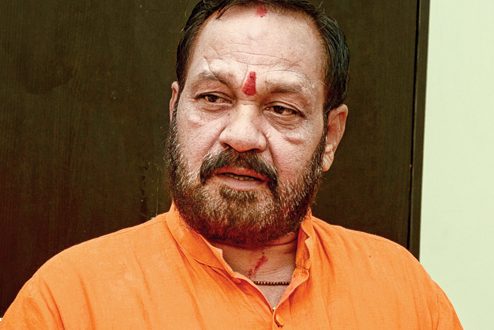 BHUBANESWAR: As expected, Basant Kumar Panda was on Thursday elected as the president of Odisha BJP.

The 54-year-old legislator from Nuapada and BJP legislature party leader will replace Kanak Vardhan Singhdeo as the next president of the state unit of the party.

Panda was declared uncontested as no other contestant filed nomination paper for the top post of the state unit.

Basant Panda will remain in the president post till next three years, and BJP will fight the crucial Panchayat elections under his leadership.

The outgoing BJP president KV Singhdeo is likely to the legislature party leader as Panda has to cede the post before becoming president of Odisha BJP.

Read what goes in favour of Panda to become Odisha BJP president, two months before predicted by UpdateOdisha http://new.updateodisha.com/1544/