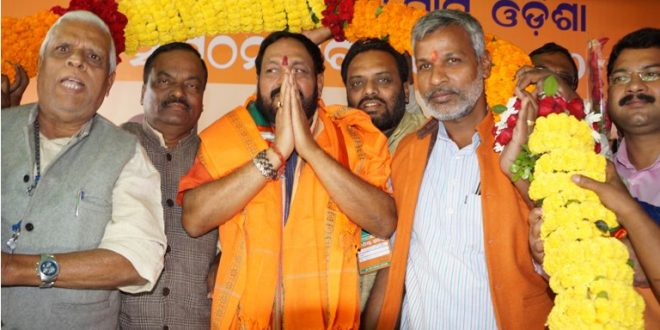 BHUBANESWAR: After Basant Panda elected as Odisha BJP president on Thursday, the topic was trending at top 10 in India on twitter for about two hours.

While some people took the social media to congratulating Panda for his new assignment, some expressed doubt over his ability to take the party to a new height that would fight against ruling BJD.

Panda was declared uncontested as no other contestant filed nomination paper for the top post of the state unit.

“Being a common worker of the party, I will take everyone with me to strengthen the party in the state and fight against the corrupt BJD ruling the state since last 15 years,” said Panda in his reaction.

Tarun ‏@tarpad1:No one can save BJP in 2019. Economy failed. Basant Panda

#Rss/bjp leader basant panda will be president of @bjpodisha ! Certainly #rss powered #bjp & @odishabjp has no identity without #rss !