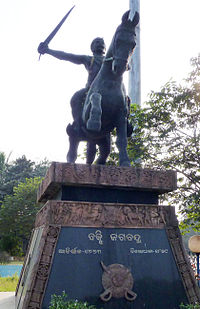 BHUBANESWAR: The Odisha Government will spend Rs 6 crore for development of Barunei Hills, that stood mute witness of the  Paik Rebellion of 1817, said Tourism & Culture Minister Ashok Panda here on Monday during a workshop at State Archive here to mark the inauguration of 200 years of ‘Paik Bidroha’.

The government initiate steps to recognise  ‘Paik Rebellion of 1817” as a national historical event added Panda.

While, Commissioner-cum-Secretary of Culture Department Manoranjan Panigrahy, emphasised on the significance of the revolution and called upon the scholars and intellectuals to deliberate meaningfully on the issue.

It has been declared that based on the records available in the archive and the papers presented in the workshops, a volume on Paik Rebellion will be published in both Odia and English.