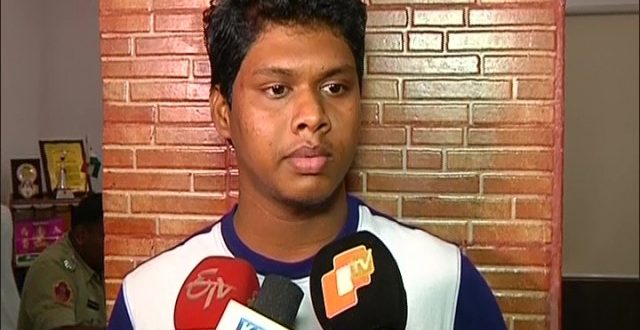 BHUBANESWAR: Hacking the website of Odisha University of Agriculture and Technology (OUAT) for the city-based engineering student may land him in trouble as Commissionerate Police on Tuesday said it would file a charge sheet against Tarini Prasad Roy, who had hacked the OUAT website four days back.

“After the arrest, we have released him (Roy) on a personal recognisance (PR) bond. There was no need to forward him to the magistrate. In this case, bail can be granted to the culprit at the police station itself. But, we are planning to file a charge sheet against him,” said Police Commissioner RP Sharma said.

He said though the engineering student had no ill-intention in hacking the website, he has committed the act of hacking, which is a crime.

The Commissionerate Police had to analyse 400-odd internet protocol (IP) addresses to track down Roy. He was identified after police traced his IP address and proceeded to find out the system and internet user IDs.

Roy, who pleaded his innocence, maintained that he had no idea that the website belonging to an institution of repute like OUAT could be hacked so easily.

“I was experimenting how a website can be hacked as it was a part of our course curriculum. I had never visited the OUAT website after I tried to manipulate its coding. I came to know that the website has been hacked hours after I tried with technical modifications at my end,” said Roy.

However, the hacking of OUAT website has raised alarm bell for the OUAT authorities to tight the belt and enhance the security of the website, which was developed more than a decade back.

OUAT vice-chancellor Manoranjan Kar said, “We will take steps to improve the cyber security of our website. Besides, we will ensure that no such thing happens in future.”

The twin city police on Monday detained the engineering student for hacking the website of OUAT.

Samantray, who appeared before the Khandagiri Police, admitted that he had hacked the website, said sources.

The OUAT authorities on Saturday lodged a complaint at the State Crime Branch and also at the Khandagiri police station seeking a probe into the hacking of its official website www.ouat.ac.in.

The website was hacked by a hacker identifying himself as ‘Don’ while posting obscene messages on the OUAT website.