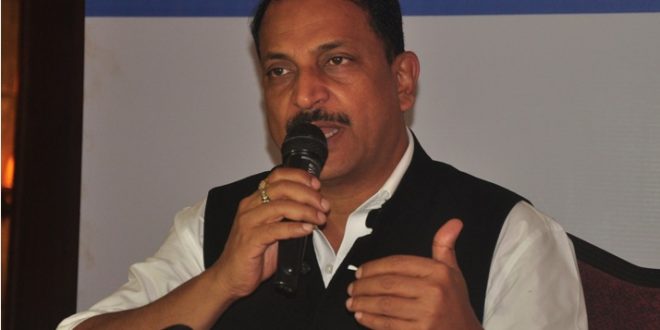 BHUBANESWAR: Union Skill Development Minister Rajiv Pratap Rudy on Friday said that there is a shortage of resources persons to impart skill development training, and the central government is addressing the acute shortage of trainers who are needed to realise its plan to skill one crore young people every year.

“I admit that there is huge shortage of resource persons or trainers to provide skill development training to people,” Rudy, the skill development and entrepreneurship minister, told reporters after a parliamentary consultative meeting here.

To address the shortage, his ministry has signed a memorandum of understanding (MoU) with the Defence Ministry, he said.

The MoU envisions using the talents of 60,000 defence personnel retiring from their jobs annually and orienting them to become skill trainers.

“We have to train the workforce of the country to become dividend of the world,” said the minister.

Against the target of training one crore people that 24 central ministers had set for themselves, his ministry would account for training 14 lakh people annually, Rudy said.

Multi-skill development centres would come up in all districts of the country under Pradhan Mantri Kaushal Vikas Yojana, he said.

The government was also planning to use the closed down colleges as skill development centres, Rudy added.

The two-day Parliamentary Consultative Committee meeting that concluded on Friday made some recommendations.

There was a huge emphasis laid on the fact that Sector Skill Councils (SSCs) should focus on industry linkages majorly. Since the SSCs role is crucial in creating the curriculum, the government should propose the formation of a National Board for Skill Certification, which can focus on assessment and certification of the skill programmes being conducted across the country.

Asserting with the propositions made by the committee, Rudy stated, “It high time we start focusing on industry collaboration right to the district level across the country. We have to focus on the problem and find the solution than keep identifying the problem and then plan for the solution. The IT revolution in India took a long time to be at the heights where it is today, but our Skill Revolution has to happen at a much faster pace as we are sitting on a huge demographic dividend which we can reap right now.”

The committee also proposed that more Model Skill Centres like the one launched in Bhubaneswar yesterday should be opened up across states so that there is visibility of brand Skill India. There has to be awareness to the last mile for every youth to capitalise on this opportunity.

The Minister also said that the MPs should make land/buildings available in their constituencies and NSDC along with it affiliated partners in the region will assist in setting up state-of-the-art skill centres to provide skill courses to the local youth and make them job ready.

He stated that the operational cost of the centre would be borne by the Ministry of Skill Development and Entrepreneurship.

The committee also came to a common consensus that there has to be a huge focus on entrepreneurship as well, to which the Minister stated that the Ministry had proposed two schemes to support entrepreneurship education and guidance on the path to growth for new and young entrepreneurs – right from establishment to running operations.