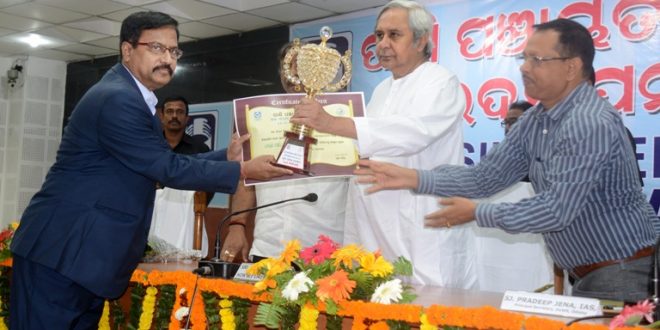 Odisha to make special allocation in budget for Pani Panchayat

BHUBANESWAR: Odisha Chief Minister Naveen Patnaik on Saturday said the state government has decided to make a special allocation for Pani Panchayat in the 2016-17 budget.

Attending the concluding ceremony of the Pani Panchayat fortnight at the Odisha University of Agriculture Technology (OUAT) premises here, the Chief Minister said Pani Panchayat is a crucial programme for empowerment of our farmers, and it has been working successfully in the state.

“We will further strengthen it through expansion of activity and capacity building of our farmers,” Patnaik said.

He said that since the launch of Pani Panchayat scheme in 2002, there had been a sea change in water management in the state.

The scheme has not only played a significant role in the empowerment of farmers, but productivity had also increased substantially due to crop diversification as the farmers have been able to grow diverse crops due to the availability of water round the clock, he added.

The Chief Minister said the government is trying to make the agriculture into profit making profession.

Informing that government had made special budget provision for the development of the agriculture sector and implemented a number of schemes for the welfare of the farmers, he said the government has increased the budget allocation to Rs 1000 crore and Rs 500 crore for Water Resources and Agriculture departments respectively.

He also informed that the state government had entrusted the management of minor irrigation systems to the farmers, which will continue in the coming days.

On the occasion, the Chief Minister awarded to the successful Pani Panchayat units in the state.