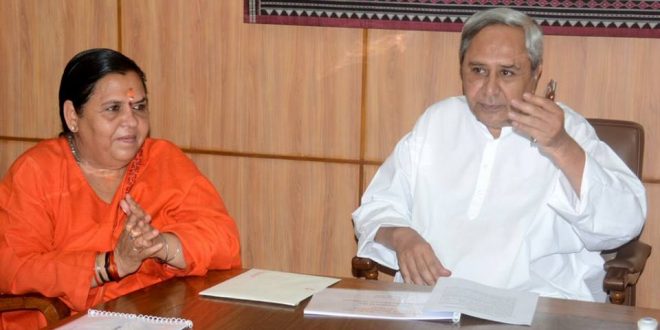 ‘Decision on Godavari-Mahanadi river linking project only after thorough consideration’

Union water resources minister Uma Bharti and Naveen Patnaik discussed over Godavari-Mahanadi linking project at the state secretariat here, and it was decided in the meeting that the officials of Odisha government and centre would hold discussion over the river linking project.

The water resources minister said a total of Rs 30,000 crore would be spent for the project, and the centre would bear 90 percent of the fund in the project.

Both the leaders also discussed the controversial Polavaram irrigation project being set up in Andhra Pradesh.

The Chief Minister expressed his dissatisfaction over declaring it as national project ignoring the concern of the state in a federal system.

He said the Centre should take steps about inter-state disputes.

It was decided in the meeting that officers of state and union governments would discuss different aspects of the Polavaram project, said a release.

Earlier attending a press conference in Sambalpur, Bharti said that the centre would not interfere in the matter as it is an inter-state issue and the states should resolve the problems by sitting together.