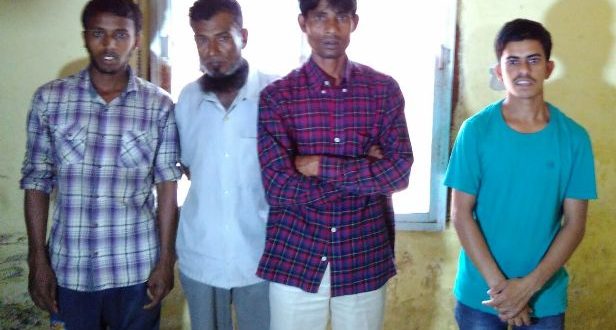 With this, the police have arrested 11 persons over passport forgery case in recent days, said police sources.

The police on Wednesday court forwarded the four Bangladeshi nationals while other two detained by police are being interrogated.

While police are verifying their documents, it is in contact with the Bangladesh embassy in this connection.

However, the arrested Bangladesh nationals have spilled the beans about the modus operandi of crossing the border into India, police sources said.

They manage to sneak into India from the other side of the border by paying mere Rs 300 at Benpur in West Bengal. They have informed the police that fake identity cards can be got for as little as Rs 1000, the sources added.