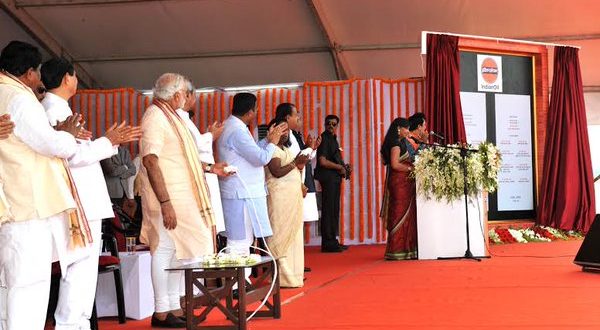 PARADIP: Prime Minister Narendra Modi on Sunday inaugurated the 15 MMTPA refinery of Indian Oil Corporation Ltd (IOCL) at Paradip while taking a jibe at Congress for claiming credit for each project.

Referring to inordinate delay in commissioning of the refinery project, he said, “Imagine what would have happened if the project was commissioned 15 years ago. Lakhs of youth would have got a job by now.”

“Projects are getting delayed due to court, tender process and agitation resulting cost overruns. Initiatives have to be futuristic and completed before the designated period. So that the country does not sustain cost overruns due to delays,” said the Prime Minister.

He said a work culture is being developed to materialise the projects in fixed timeline that would benefit the country.

Then Prime Minister Atal Bihari Vajpayee had laid the foundation stone of the refinery in May 2000.