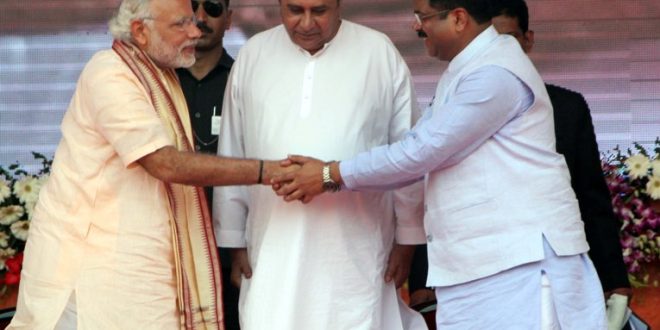 BHUBANESWAR: Even after the inauguration of IOCL refinery at Paradip, the war of words still continued between the BJD and BJP with excise minister Damodar Rout demanding a high-level probe into the money spent on the publicity of the event.

Criticising BJP for turning the inauguration of oil refinery into a party affair, Rout reiterated his demand that a central agency should probe irregularities in spending for publicity of the inauguration event and brand promotion of petroleum minister Dharmendra Pradhan.

The Congress criticised the Prime Minister of misleading the nation by making hollow allegations over the delay in commencement of Paradip oil refinery project in Odisha.

“Had the Prime Minister been honest and sincere, he would have appreciated the Congress-led UPA government in the development of Paradip and Odisha instead of making hollow and lame allegations about the project having been delayed,” former Union minister Srikant Jena said.

On account of delay and non-cooperation by BJD-BJP coalition government in Odisha, which refused to provide sales tax concession, the project was cancelled by IOCL. The UPA government revisited the project and persuaded the then BJD government to sign a memorandum of understanding, Jena said.
PCC president Prasad Harichandan also echoed the same.