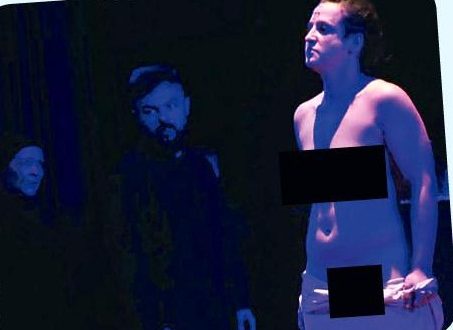 “Nudity is when a group of men abuse a girl. Nudity is when public beat a thief to death. Nudity is when men use slangs, but an artist presenting a story on stage cannot be called nudity,” said Nasreen as reported by Times of India.

Shocked over large-scale criticism of the play, Nasreen said, “Though I have not seen the play, I am sure the actor had to be nude to tell her story. People sometimes raise their voice over unnecessary issues and forget many serious things around them.”

Taslima came on the radars of extremist in 1990s after the publication of her first book ‘Lajja’, forcing her to live an exile life since then. She took shelters in India and other countries.

A Poland-based theatre group Alexander Jiereko enacted a play ‘Sonaka’ at Rabindra Mandap here on Friday evening. However, drama lovers, who were witnessing the play, found themselves in an awkward situation as a lady actress took off her dress till her waist to portray the character she was playing.

The woman wing, Nari Sachetan Mancha, locked the main gate of Rabindra Mandap and tore posters of the drama festival on Saturday.