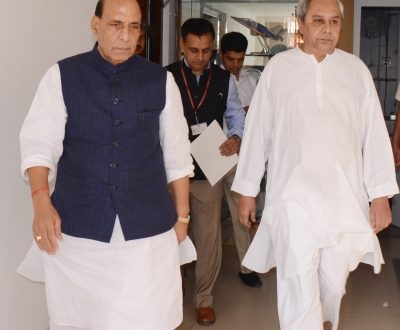 Revival of IAP is on: Rajnath

BHUBANESWAR: Union home minister Rajnath Singh on Friday said the Centre is considering for the revival of Integrated Action Plan (IAP) in Odisha.

“Several issues were discussed with the state government including IAP. We are considering the revival of IAP,” said Singh.

Notably, the centre has stopped funding to eight schemes including IAP, which was launched in Maoist-affected areas in 2010-11 for development of Maoists affected area.

The Minister held a review meeting with the chief minister Naveen Patnaik and other government officials regarding various issues here.

As the state government raised the issue of reduction of drought assistance, the minister assured that the sanctioned amount under high-level committee would be provided with the passage of the supplementary budget in Parliament.

Speaking to media, chief minister Naveen Patnaik said financial assistance for cyclone Phailin’s victims, which has been pending for some time now, financial aid for drought and two battalions of central paramilitary forces to combat LWE activities were demanded during the meeting.