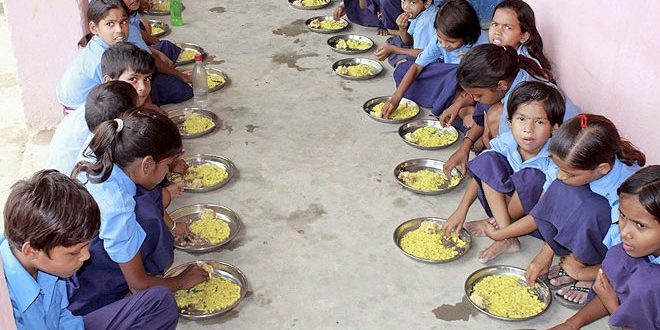 BHUBANESWAR: Following the escalating price of pulses and vegetables, the Odisha government has increased the ration cost to serve a nutritious mid-day meal (MDM) to school students in the state.

The government has increased ration cost from Rs 4.21 to 4.31 for primary students and from Rs 6.29 to Rs 6.43 for upper primary students, said Gangadhar Sahoo, state nodal officer for the mid-day meal.

He said the government took the decision as the quality of food served in mid-day meals has declined due to increasing prices of vegetables and pulses.

He said the district collectors have already been asked to implement the decision.

“Hence the management authority will have the flexibility over the items and ingredients of mid-day meal expenditure subject to the condition that the average unit cost is not exceeded,” said the letter.

About 51 lakh students of 63,000 schools would be benefited in the state following the decision.

The state government bears about Rs 800 crore every year to implement the MDM scheme.

Official sources said the state government would now bear 40% of the MDM cost and centre 60%. Earlier, it was 75: 25 between centre and state.

In the majority of schools, the mid-day meal workers are forced to serve egg only once in a week in order to purchase vegetables and adjust their budget accordingly.

Even the mid-day meal workers are forced to serve cheaply available vegetables such as potatoes, cucumber, etc. A serving of leafy vegetables is just not being served because of their high cost.