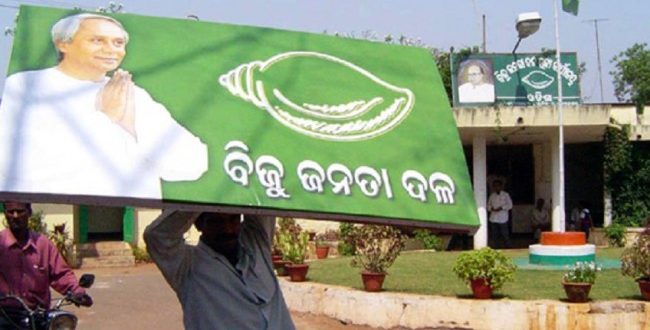 BHUBANESWAR: The intra-party wrangling within the ruling Biju Janata Dal (BJD) has delayed deciding its district presidents in three organisational districts even as Naveen Patnaik is all set to be BJD president for the seventh time in a row.

Patnaik is the founder president of the BJD, which came into being after the death of Biju Patnaik in 1997. Party’s organisational elections are held every three years.

Even though Patnaik is enjoying the party supremo status since formation of BJD and has been the Chief Minister since 2000, but in district level, the leaders are locking horns putting the party leadership in a tough situation.

For instance, the election for Bolangir, Sambalpur and Ganjam districts could not be held while the process should have been completed by February 10.

In Bolangir district, several BJD MLAs have taken a public stand against sitting party president Kalikesh Narayan Singh Deo, who also is the MP of Bolangir and a member of the influential erstwhile royal family.

However, the local leaders are not ready to accept the style of functioning openly revolting against him. They do not want all power rest within a family. Notably, Anang Uday Singhdeo, father of Kalikesh, is a Rajya Sabha MP.
Kantabanji MLA Ayub Khan openly revolted against Singhdeo.

“He may be a member of the royal family, but that is a thing of the past. The fact is, he doesn’t care about the district organisation and spends most of his time in Delhi as he also is an MP. We have not only lost Bolangir and the Patnagarh Assembly constituencies but also lost several local elections under his leadership. He doesn’t even call meetings of the executive body to discuss the issues. I would like him to go,” said Khan.

If sources are to be believed, the royal family is pressing hard to rehabilitate one of his protégées to the post to ensure control over the politics of the district.

As per a source in BJD, party observer for the district Bikram Keshari Arukh and Sambalpur MP Nagendra Kumar Pradhan also opposed a repeat term for sitting president Pujari.

However, both the MLAs Panigrahi and Pujari have left the decision on Naveen Patnaik to nominate for the Sambalpur district president post.

A similar situation prevailed in Ganjam, the home district of the chief minister. The district has 10 BJD MLAs of them three are ministers apart from BJD Supremo Naveen Patnaik.

The party workers want three-term sitting president Subash Moharana to go, and a new president comes instead. The political heavyweights are throwing their weights behind their protégée to adorn the district president post.