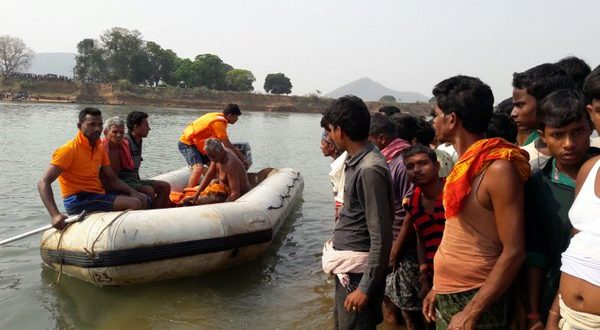 DHENKANAL: One more body of the missing persons was recovered from the Brahmani river on Tuesday as the death toll reached to four. The ODRAF team and fire brigade are still searching two others, who are suspected to have drowned in the river after a boat capsized on Monday.

The dead body of one Sagarika Mallik was recovered at Dalar Ghat in the evening. The dead bodies of a nine-year-old and 13-year-old were recovered on Tuesday, while another rescued girl breathed her last at the hospital yesterday.

The Odisha government on Tuesday ordered a probe into the boat capsize incident. The Special Relief Commissioner (SRC) directed the district collector to probe into the incident and submit its report.