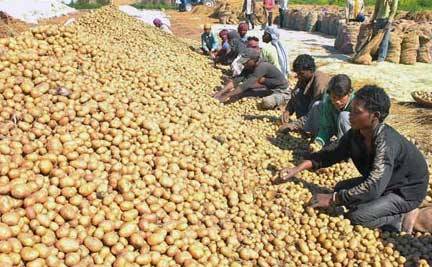 Potato Remains Too Hot To Handle in Odisha

BHUBANESWAR: The Odisha government has prepared a contingency plan to control the skyrocketing potato price in local markets in the state.

He said the district collectors had been directed to enforce the Essential Commodities Act to ensure that traders do not take advantage of the situation and exploit consumers.

He added that district collectors had been told to conduct meetings with wholesalers to fix the retail price of potatoes.
“Under Potato Mission, all cold storages in the state had been asked to store 50 per cent of potatoes as buffer stock,” he said.

To have control over the price rise of potato, the minister said the state government is in touch with potato traders in West Bengal and other neighboring states for procurement of the tuber given the shortfall in its production in the state.