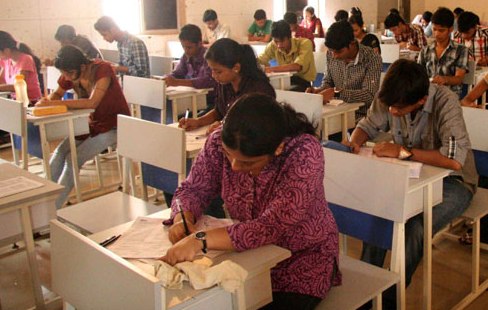 BHUBANESWAR: The Odisha government has decided to reintroduce negative marking in Odisha Joint Entrance Examination (OJEE) from this year.

The state government had scrapped the negative marking system in the evaluation of answer sheets of OJEE since 2013 and introduced percentile system along with awarding of ranks for OJEE.

As per the new marking system, one mark will be deducted for each incorrect answer in the exam. Admissions to these courses in both government and privately-run colleges will be made by rank obtained in OJEE-2016.

“As per the evaluation process, marks are not awarded on the basis of wild guessing. If we are not implementing negative marking system, then candidates are getting marks due to guesswork as a result of which ranking of meritorious students is affected,” said OJEE Chairman Tushar Kant Nath.

He said the negative marking system tests the efficiency, knowledge and speed of the student. It will be a complete justice to all the students who are appearing the entrance test, he added.

As every year, there will be multiple choice type questions. The number of questions will be sixty (60) per each hour of examination. Each question shall have four answers (including one correct answer), and the examinee shall have to blacken only the appropriate circle/oval (which he/she considers most correct) in black/blue ball point pen.

Each correct answer shall fetch four marks. Each un-attempted question will fetch zero. One mark will be deducted for the wrong answer. If more than one circle is darkened for one question, it will be treated as an incorrect answer. Blank answer OMR sheet without being darkened in any one of the answer circles will summarily be rejected. No rank will be awarded to such applicants submitting blank answer OMR sheet, sources said.

The OJEE-2016 will be held for admissions to all professional courses in the state other than Engineering and MBBS.