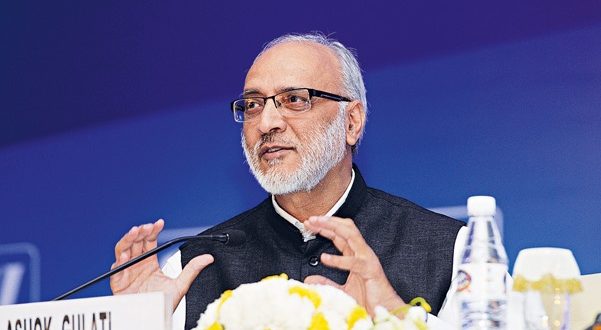 BHUBANESWAR: The 2nd Lecture of Odisha Knowledge Hub (OKH) lecture series organised on Monday focused on getting agriculture back on track in the growth agenda of the nation and state.

He opined that higher growth rate in the agricultural sector leads to faster rate of poverty alleviation.

Comparing nation’s economy with a pyramid, Gulati suggested putting agriculture sector at the base, manufacturing at the middle and service sector at the top the pyramid.

Such an approach, he maintained, would lead to sustainable development. He suggested that though agriculture is a state subject, yet central government needs to trigger and engineer the reform agenda in the agriculture sector.

Dr Gulati cited the example of the impact of centrally engineered Green and White revolution on Indian economy and strongly advocated for centrally sponsored active agenda for reform in this basic sector of the economy that caters to the food and nutrition security.

He opined that the Indian agriculture has the potential to grow at 5% per annum in the present context against which the current growth rate varied from 3.6% to 4% per annum in real terms.

He suggested focusing on infrastructural development like irrigation, rural roads, more power to the agriculture sector and the establishment of the value chain for cereal and fruit products in the State for achieving a higher growth rate in the agricultural sector.