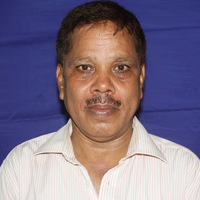 BHUBANESWAR: Surendranath Pasupalak has been appointed as vice chancellor of Odisha University of Agriculture and Technology (OUAT).

Pasupalak, head of the agricultural meteorology department at OUAT, was on Monday appointed as new vice chancellor following the approval by Odisha governor SC Jamir.

Pasupalak will head the institute after Manoranjan Kar.

“I will emphasis on quality education and research. I will try to put OUAT at international level,” said Pasupalak.