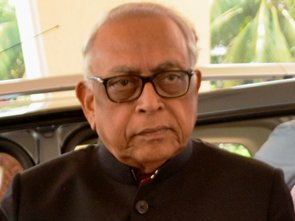 BHUBANESWAR: Leader of opposition and senior Congress leader Narasingh Mishra on Friday lashed out at the ruling Biju Janata Dal (BJD) for its alleged involvement with criminals.

Mishra said the ruling party leaders including MLAs are involved with several criminals and scams while Naveen Patnaik-led state government is silent on its leaders.

He said one Cuttack MLA is involved in chit fund scam while other has links with the dreaded criminal Dhala Samant brothers.

However, the BJD countered the allegations of Congress saying that the government never protect any criminals.

“Neither BJD nor the state government is soft towards any party worker with criminal antecedents. The opposition must come with proof of allegations,” said BJD spokesman Sashibhusan Behera.